Over the last 15 years, I’ve designed products across education, entertainment, social, medicine, civic engagement, productivity, music, and a few other industries. I began my journey building internal products for General Electric before joining Skillshare as their first employee and Product Designer.

After Skillshare, I consulted for a number of startups before eventually joining Able as the first employee. I led design on many of our portfolio and partner products before transitioning to a leadership role focused on scaling the business and our team.

I’m currently Director of Product Strategy at Able and live in Brooklyn with my wife, Ingrid, and scottish fold, Huey.

As the first employee and Product Designer, I worked closely with the cofounders to design, develop, and bring to market the first version of the product. I also supported the design through the transition from offline to online classes. 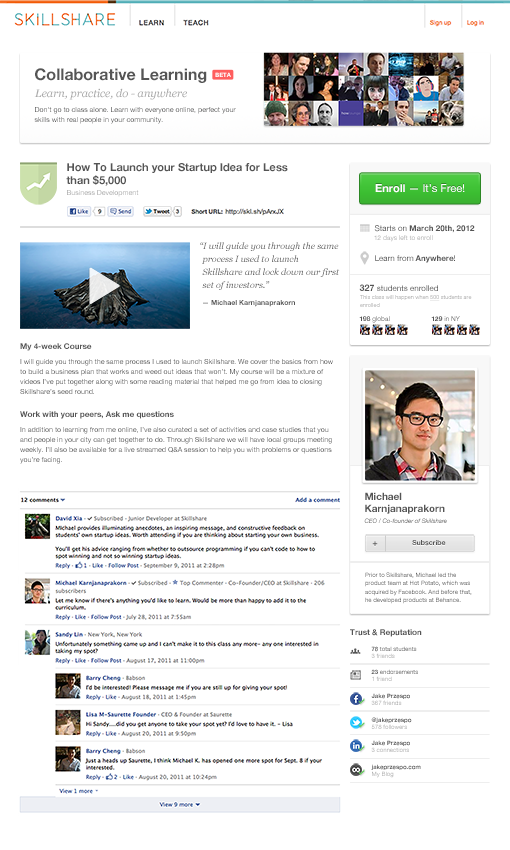 A mission-driven nonprofit was looking to rebuild and scale their online community. I led the design and strategy for a rebuild of a marketplace for lawyers to offer pro bono legal services to nonprofits that need their expertise.

The founder had a goal of redefining the film industry's business model. Collaborating with other engineers and team members, I led the design and strategy for a product that allows customers to watch day-and-date films in the comfort of their own home. We developed a working prototype that led to top industry experts joining the board and a significant Series A round.

On the heels of the 2016 election, I helped cofound and design an online giving circle to concentrate fundraising toward causes that were being affected under the Trump administration.

We have a deep belief that people and process are more important than the ideas themselves. I’ve contributed to and, oftentimes, led design and product on a number of internal tools at Able, including products for KPI tracking, productivity, performance management, and culture.

One of our partners needed to explore ways their technology would apply in different markets. I led a number of product teams through a number of new product explorations. We explored, designed, and developed opportunities to expand on their current product as well as brand new strategies to grow their business.

We met with a founder who wanted to change our relationship with mental health. I led the initial product exploration for a mobile app to help manage and destigmatize our individual mental health.

Working with a product lead and members of the organization's board, I led the design for the launch of a cancer research platform where the country's top researchers can connect around critical projects.

I worked alongside two cofounders — Mike Potter and Spencer Fry — to lead design on a product that offered companies the opportunity to award their employees with unique perks like Spotify, Netflix, and Uber credits.

Working closely with board members and a few members of leadership, I designed growth-supporting product ideas including aspects of their onboarding, social, and ad-based features.

I led design and product of a platform for bands to engage with their fans to offer unique fan experiences.

In an attempt to help Steepster, the largest tea community on the internet, continue their growth, I collaborated with the cofounders on a few ideas. I designed and helped launch a new tea subscription service as well as a few design updates to their most trafficked pages to generate engagement and revenue.

Our partners, with expertise building innovative hardware products, wanted to imagine a new way for family members to stay connected to their children, grandchildren, nieces, and nephews. I led the design and product for a prototype of an app-enabled toy to do just that.

A rather small project — I led the initial design for an app that helped California state residents explore the beautiful beaches and parks in their area.

I consulted on a number of different desktop and mobile projects, including the Wink app and their e-commerce products, working closely with their VP of Platform. 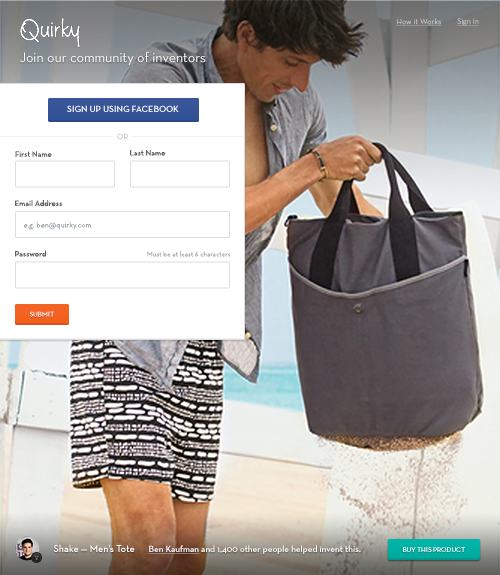